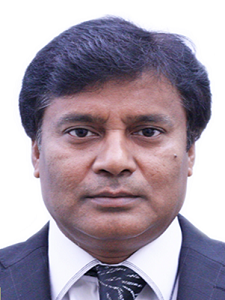 SUMMARY
Professor Md. Zaidul Islam Sarker obtained his M.Sc and Ph.D degrees from Universiti Sains Malaysia (USM) in 2000 and 2003, respectively.  Followed, he worked as a Research Associate at Assistant Professor level at Tohoku University of Japan from 2003 to 2005, Postdoctoral Research Fellow of Japan Society for the Promotion of Science (JSPS) from 2005 to 2007 at National Food and Agricultural Research Organization (NARO), Hokkaido, Japan, and Associate Professor at Universiti Putra Malaysia (UPM) from 2007 till March, 2011.  He joined as a Professor at International Islamic University Malaysia (IIUM) in April 2011 where he is working currently.  He is also a visiting professor at King Saud University, Riyadh, Saudi Arabia since 2015 till now, and was a visiting researcher at Fukuoka University in July-August, 2017.  He has also served as a Head of Research for 3 years (2013-2015), and is currently serving as a Head of Internationalization and Global Networking at Faculty of Pharmacy, IIUM.


ACHIEVEMENTS
Professor Zaidul has been invited from various international conferences as a plenary, keynote and invited speaker.  He was a winner of Young Scientist Award of American Chemical Society (ACS) at PACIFICHEM 2010, and is a winner of more than 20 Gold and Silver Medals, and the best product awards for his innovations and inventions.