Physicist, speaker, writer and adventurer Dr Melanie Windridge is attempting to climb Mount Everest this spring, and plans to carry out science communication from the highest place on earth. 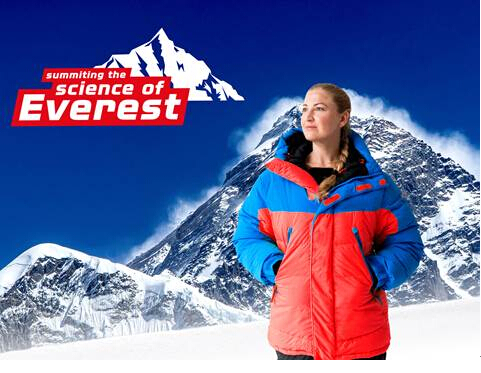 Why do you want to climb Mount Everest?
I just think it’s fascinating. It’s the highest point on the planet, so that makes it geographically interesting, and because of that people have wanted to climb it for a long time, so it’s historically and culturally interesting as well.
When I was just out of university I went trekking in the Annapurnas in Nepal but I never went to Everest base camp, because I kind of knew I didn’t want to go to Everest until I was ready. It sounds weird now because back then Everest was just an incredible dream – I would never have even considered actually climbing it.
And then, by 2013, I’d done some more climbing and some expeditions at altitude, and suddenly I realised this was something I could actually do. I had the chance to do something incredible.