New Experimental Painkiller Is Like Stronger Morphine Without the Addiction

More than 200,000 Americans have died from overdoses related to prescription opioids between 1999 and 2016, and scientists have been searching hard for new, non-addictive painkillers that could safely replace these drugs. Now, a team of researchers publishing in Science Translational Medicinesays that’s exactly what they have — a new, highly effective painkiller that doesn’t have any apparent addictive qualities.

The drug, called AT-121, targets the same powerful pain-relieving mu opioid receptors in the brain that traditional painkillers do, but with one key difference: It also latches on to a second group of receptors, called nociception receptors, that block the brain’s addiction-forming response.

“It’s really exciting to see that this compound exhibits a dual action,” Mei-Chuan Ko, Ph.D., a pharmacology professor at Wake Forest University and senior author of the new study on rhesus monkeys, tells Inverse. “Because of that, it is both safe and non-addictive.” 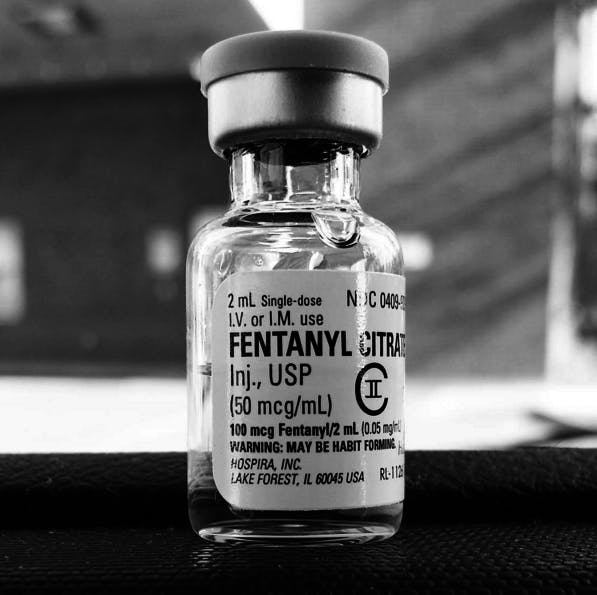 Synthetic opioid drugs, like fentanyl, are especially dangerous because of their addictive qualities. AT-121 appears to skirt that issue.

Traditional painkillers bind only mu receptors, which are located on neurons throughout the brain and spinal cord, Ko says. Once activated, mu receptors trigger a molecular cascade inside cells that leads to pain relief. They’re the same ones that are responsible for the “runner’s high” that occurs when natural pain-relieving molecules are released by the body. But opioid drugs like morphine also activate other proteins in the same signaling pathway that cause constipation and a decrease in breathing rate as well as an increasing tolerance over time.

Nociception receptors, however, counteract some of the effects of mu receptors — crucially, the experience of pleasure that eventually leads to addiction in the brain. Activating both pathways seems to increase pain relief while blocking euphoria, Ko says.
The drug, tested in monkeys, was 100 times better at reducing pain than morphine. Monkeys that got a small dose of AT-121 were willing to keep their tails in uncomfortably warm water at 50°C (122°F) for several minutes, whereas they needed a much higher dose of morphine to do the same. The monkeys also self-administered a variety of drugs, such as cocaine and oxycodone, but they were no more likely to self-administer AT-121 than a saline solution, which is a promising indication of their non-addictiveness, says Ko. Moreover, the drug did not cause any breathing problems like traditional opioids do.

Other pain researchers have tried to find similar workaround drugs in the past. Some have tried to alter the chemical structure of oxycodone so that it crosses the blood-brain barrier more slowly, while others are developing drugs that won’t have certain side effects like decreased breathing rates. But most of the alternatives still generate a mild high that could predispose people to addiction, Ko says.

His team hopes to perform more detailed studies to determine the best dose and formulation of the drug before continuing on to human clinical trials. But that may still take another two to three years, Ko admits. “This is a completely new chemical,” he says.


Retrieved from Inverse on Sept. 3, 2018. Knvul Sheikh. "New Experimental Painkiller Is Like Stronger Morphine Without the Addiction"