Drop in income may not only hurt the wallet, they may hunt the brain 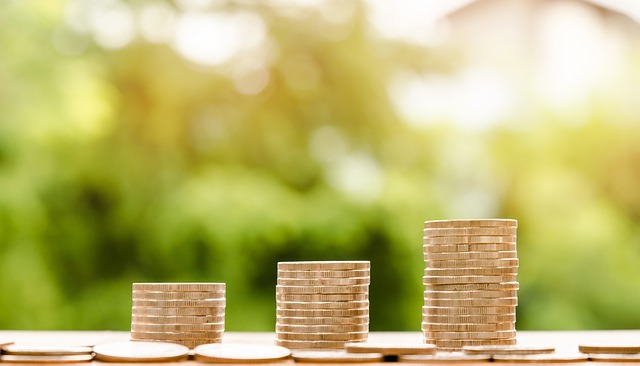 
MINNEAPOLIS – Young adults who experience annual income drops of 25 percent or more may be more at risk of having thinking problems and reduced brain health in middle age, according to a study published in the October 2, 2019, online issue of Neurology®, the medical journal of the American Academy of Neurology. “Income volatility is at a record level since the 1980s and there is growing evidence that it may have pervasive effects on health, yet policies intending to smooth unpredictable income changes are being weakened in the United States and many other countries,” said study author Leslie Grasset, PhD, of the Inserm Research Center in Bordeaux, France. “Our exploratory study followed participants in the United States through the recession in the late 2000s when many people experienced economic instability. Our results provide evidence that higher income volatility and more income drops during peak earning years are linked to unhealthy brain aging in middle age.” The study involved 3,287 people who were 23 to 35 years old at the start of the study and were enrolled in the Coronary Artery Risk Development in Young Adults (CARDIA) study, which includes a racially diverse population. Participants reported their annual pre-tax household income every three to five years for 20 years, from 1990 to 2010. Researchers examined how often income dropped as well as the percentage of change in income between 1990 and 2010 for each participant. Based on the number of income drops, participants fell into three groups: 1,780 people who did not have an income drop; 1,108 who had one drop of 25 percent or more from the previous reported income; and 399 people who had two or more such drops. Participants were given thinking and memory tests that measured how well they completed tasks and how much time it took to complete them.
For one test, participants used a key that paired numbers 1 to 9 with symbols. They were then given a list of numbers and had to write down the corresponding symbols. Researchers found that people with two or more income drops had worse performances in completing tasks than people with no income drops. On average, they scored worse by 3.74 points or 2.8 percent. “For reference, this poor performance is greater than what is normally seen due to one year in aging, which is equivalent to scoring worse by only 0.71 points on average or 0.53 percent”, said Grasset. Participants with more income drops also scored worse on how much time it took to complete some tasks. The results were the same after researchers adjusted for other factors that could affect thinking skills, such as high blood pressure, education level, physical activity and smoking. There was no difference between the groups on tests that measured verbal memory. Of the study group, 707 participants also had brain scans with magnetic resonance imaging (MRI) at the beginning of the study and 20 years later to measure their total brain volume as well as the volumes of various areas of the brain. Researchers found when compared to people with no income drops, people with two or more income drops had smaller total brain volume. People with one or more income drops also had reduced connectivity in the brain, meaning there were fewer connections between different areas of the brain. “There may be several explanations as to why an unstable income may have an influence on brain health, including that people with a lower or unstable income may have reduced access to high quality health care which may result in worse management of diseases like diabetes, or management of unhealthy behaviors such as smoking and drinking,” said Grasset. “While our study does not prove that drops in income cause reduced brain health, it does reinforce the need for additional studies examining the role that social and financial factors play in brain aging. It is possible that enhancing the stability of income could play a beneficial role in brain health, and there are straightforward policy options to reduce income volatility, such as unemployment insurance and short-term wage insurance.” A limitation of the study was that participants reported their income to researchers as falling within various income brackets and therefore exact numbers were not verified. The study was funded by the National Institutes of Health, the National Institute on Aging and the National Heart, Lung, and Blood Institute.

The American Academy of Neurology is the world's largest association of neurologists and neuroscience professionals, with 36,000 members. The AAN is dedicated to promoting the highest quality patient-centered neurologic care. A neurologist is a doctor with specialized training in diagnosing, treating and managing disorders of the brain and nervous system such as Alzheimer's disease, stroke, migraine, multiple sclerosis, concussion, Parkinson's disease and epilepsy.

Retrieved from American Academy of Neurology on October 04, 2019. "Drop in income may not only hurt the wallet, they may hunt the brain."